THE MINT OF BRISTOL

Bristol began life as a village called Brigg Stow, “the meeting place at the bridge” over the River Avon, and by the 11th century it had grown into a “burgh” or fortified settlement.

Trade increased and the mint was established to help in the coining of Danegeld in the reign of Aethelred II, probably around 1010. At least half of the surviving Bristol coins were found in Scandinavia. When Cnut took the throne in 1016 coins were again struck in Bristol, (assuming those with the mint signature “BRI” or “BRIC” were not struck in Bridgnorth). Five Bristol moneyers minted coins in the reign of Harold I, 1035-40 and three during the reign of Harthacnut, died 1042. All the ten coin types struck during the reign of Edward the Confessor were minted in Bristol, and there are also coins surviving from the reign of Harold II although these are rare because of the shortness of his reign.

When William I became king after the Battle of Hastings in 1066 the English coinage system was the envy of Europe. Two of the Saxon moneyers also made coins under William with other new names appearing. William II also struck coins here, and under Henry I eight of the fifteen types of his silver pennies were also produced in Bristol. Stephen, too, utilised the Bristol mint for making the Cross Moline type. Stephen himself was imprisoned in Bristol castle during the Civil War with Matilda. She also had coins made in Bristol as did her son, Henry of Anjou, later Henry II.

Henry succeeded to the throne in 1154 and until 1158 coins of the previous reigns circulated. Henry then produced the “Tealby” coinage, so-called because a large hoard of this type was found there in 1807. Six classes of this penny were minted at 30 mints round the country, including Bristol. They were unpopular so a new Short-Cross penny was produced, but none were made in Bristol and the mint was closed between 1180-1248. From this time onwards it was only opened for short periods of special recoinage. 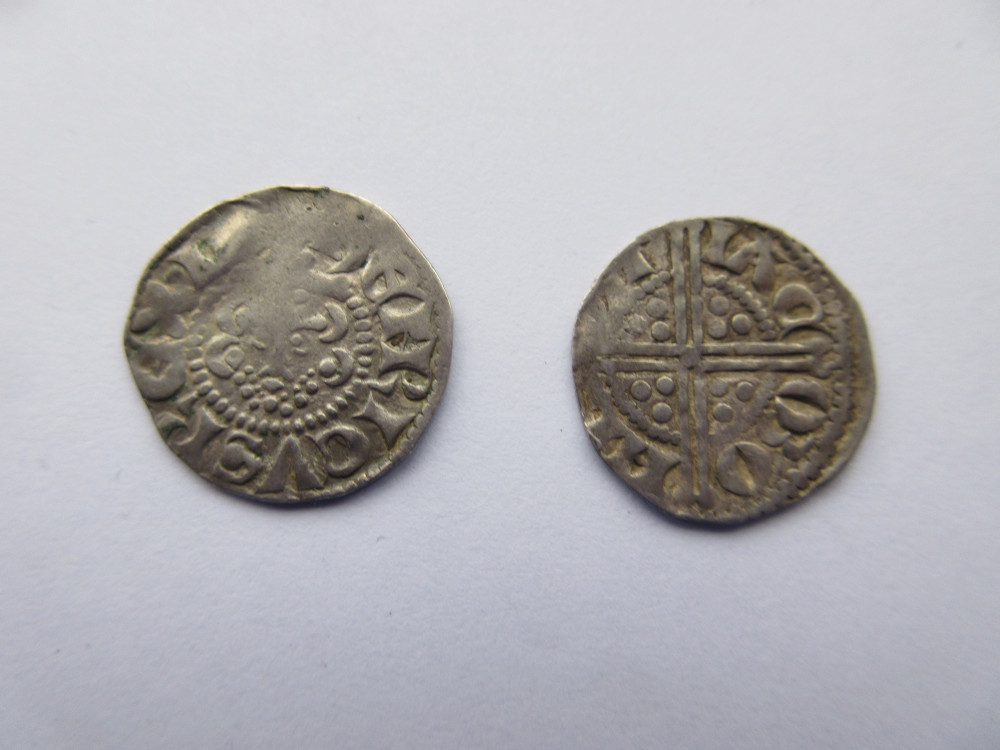 Long-Cross pence were minted in Bristol, one of only 16 mints operating, but it only struck Class 3 then closed in 1250. It did not reopen until 1280 for Class 2 pence of Edward I. Bristol was one of the few mints authorised to also strike round halfpence and farthings, which ended the practice of halving and quartering pence into smaller denominations. 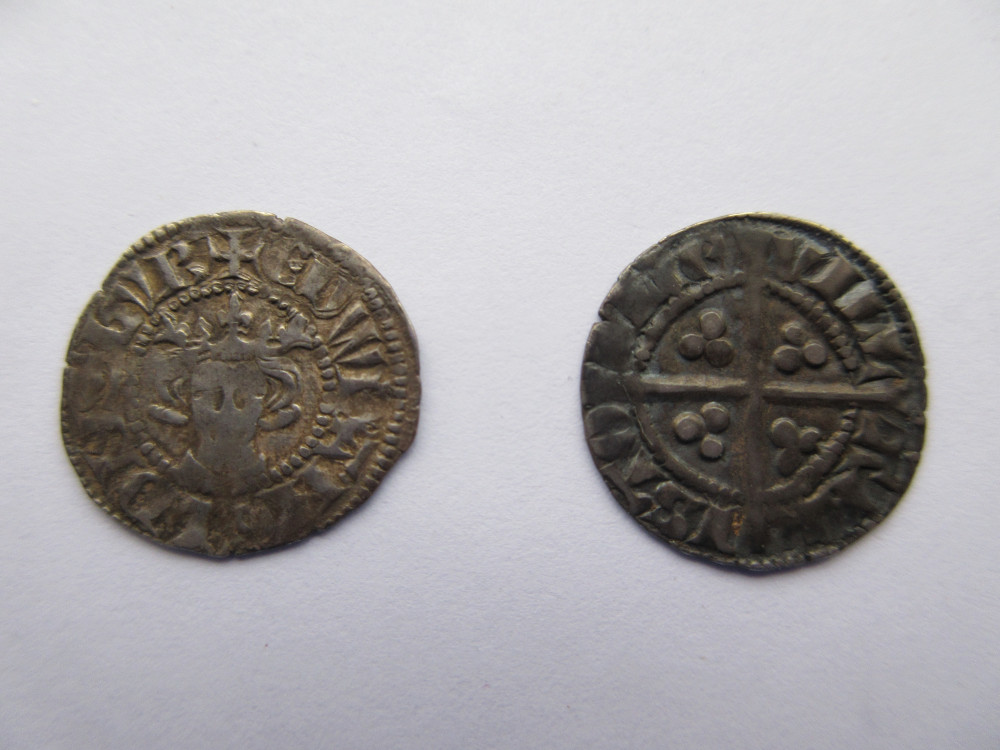 After the accession of Edward IV in 1461 the king faced a monetary crisis which was partly solved by opening four provincial mints, one of which was Bristol. Gold ryals of 10/-, half-ryals, silver groats, half-groats, pence and halfpence were struck in Bristol from 1465, with gold angels being produced later. Gold angels of 6/8 and half-angels were also struck here under the brief restoration of King Henry VI in 1470-1 together with silver groats, half-groats, pence and halfpence. More coinage continued to be produced when Edward IV was restored to the throne, but not for long, as the mint closed again in 1472. 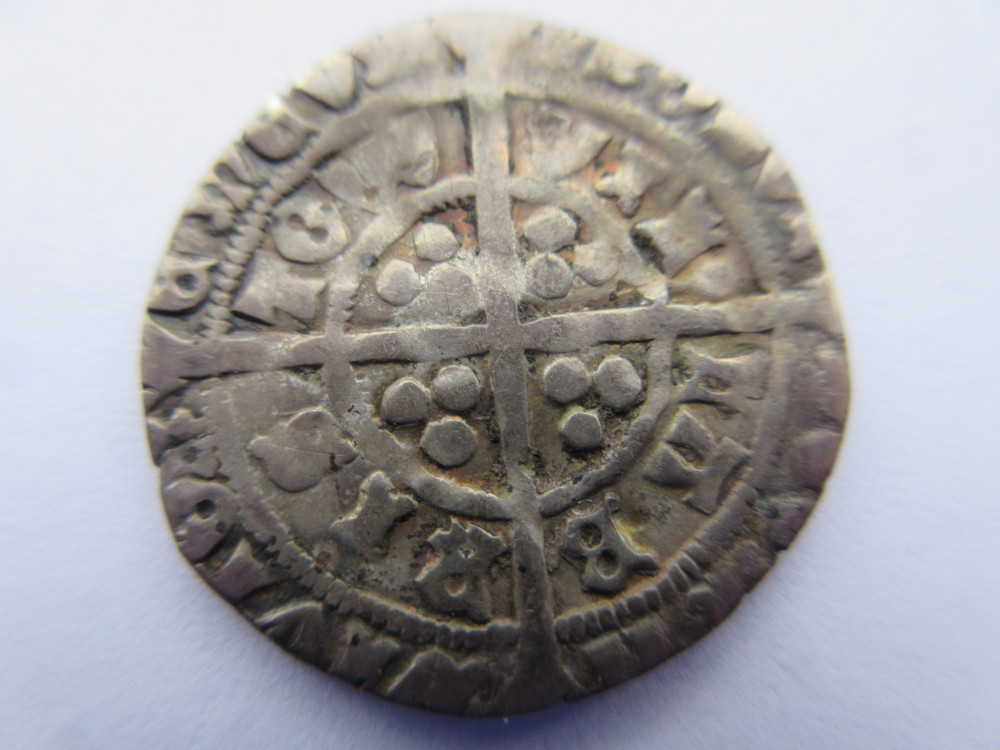 In 1546, during the reign of Henry VIII, Bristol was the only provincial mint, apart from Southwark, authorised to strike coins in gold as well as silver. It also took over the coining of money for Ireland. The mint continued into the reign of Edward VI until the mintmaster Sir William Sharington, of Lacock Abbey, was arrested for currency frauds, ejected from his seat in Parliament and forgeiting his landed estates. He was succeeded by Thomas Chamberlain until the mint closed in 1549. It is regrettable that part of a gold cross and plate from Bristol churches went into the melting pot to provide bullion for the coinage at this time.

During the reign of Elizabeth I the mint opened to strike copper tokens in the City. Between 1578 and 1583 more than 100,000 were issued and others continued to be minted from time to time.

In 1643 Thomas Bushall, previously at the Oxford Mint, established a mint in Bristol castle and struck coins for Charles I in both gold and silver. Copper Bristol farthings were also produced in 1652, 1660, 1662 and 1670, and these were made by a screw press rather than by a hand-hammering process. 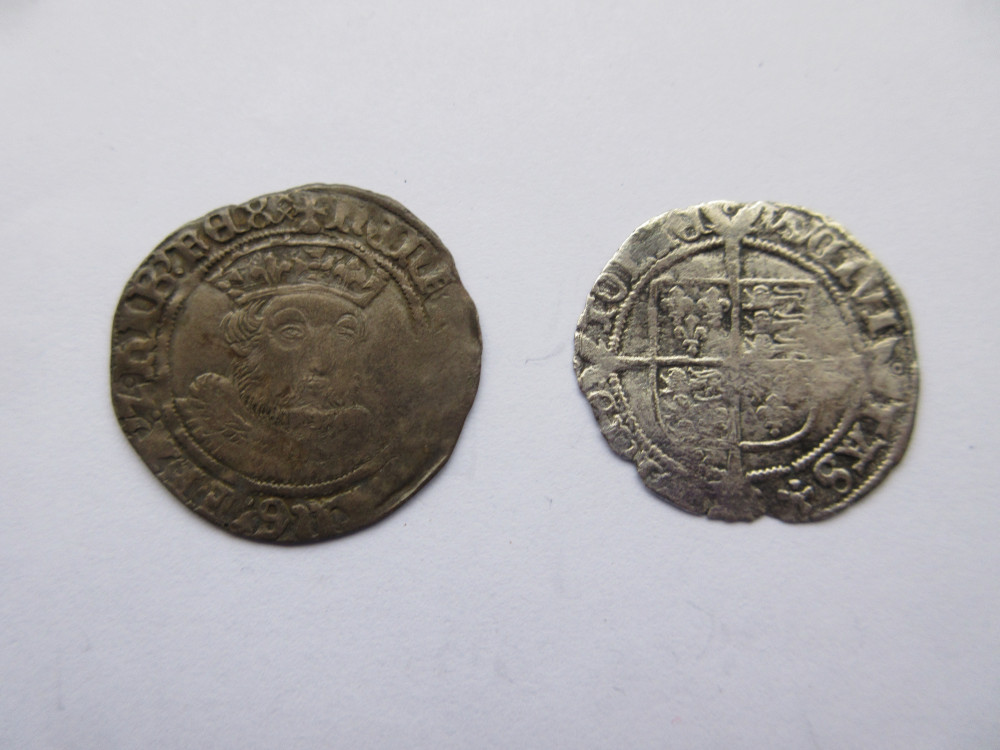 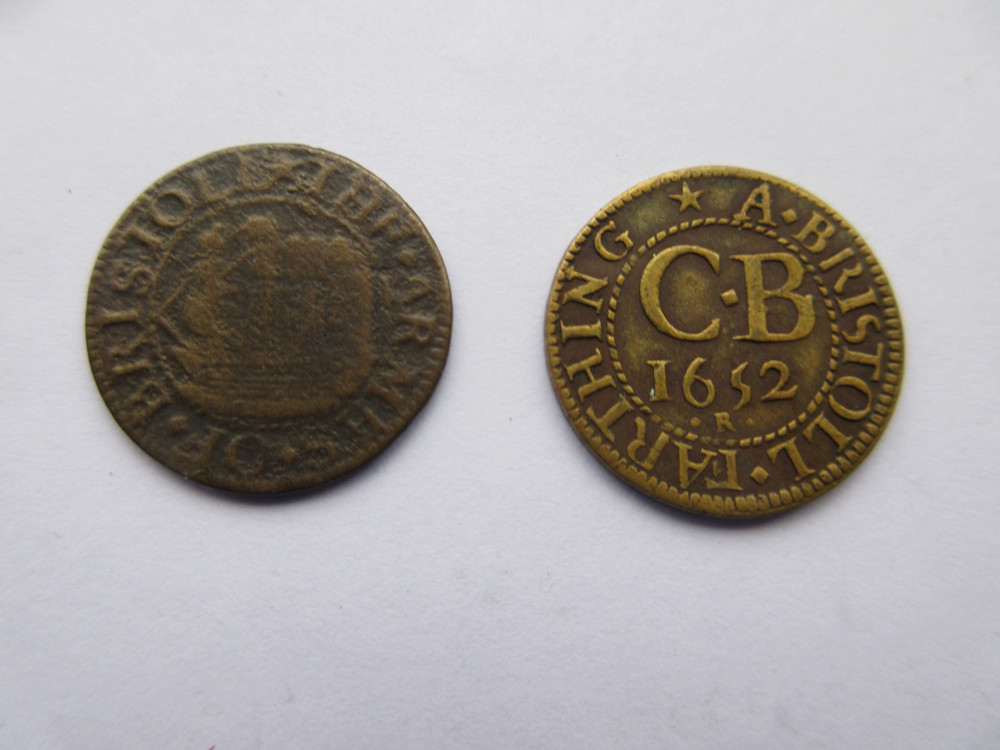 The last time the Bristol mint was in operation was during the reign of William III when the Government decided on a Great Recoinage, and an Act of 1696 set up five provincial mints at Bristol, Chester, Norwich, Exeter and York. The mint closed for good in 1697. Sadly the wonderful Tudor building which housed the mint at this time, later known as St Peter’s Hospital, was destroyed by enemy bombing in 1940.
Rosie Clarke 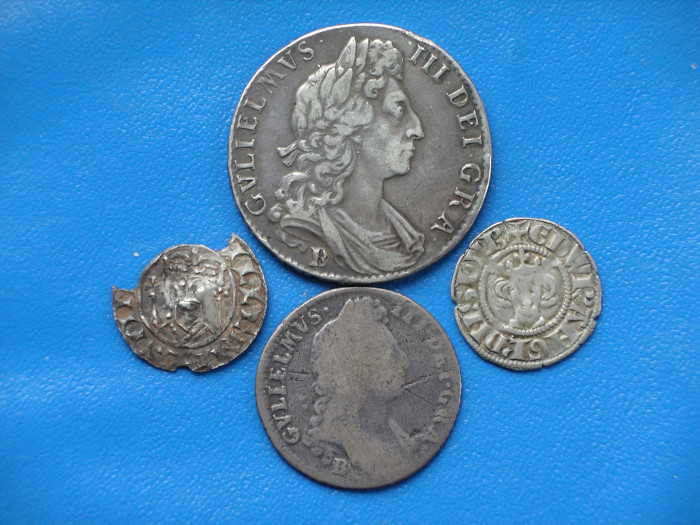 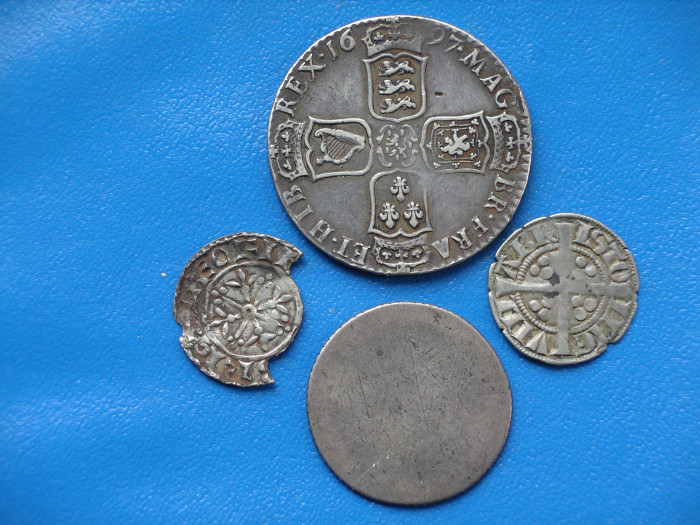